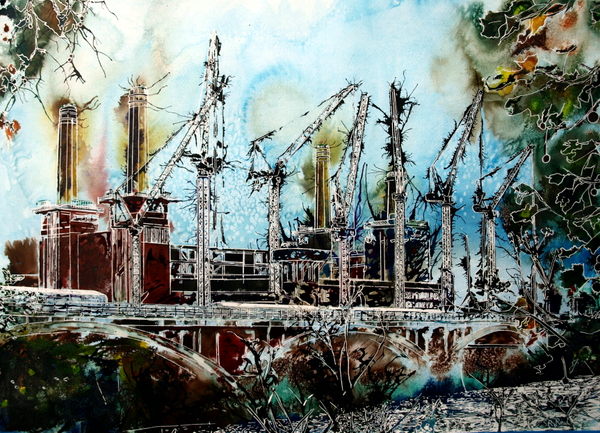 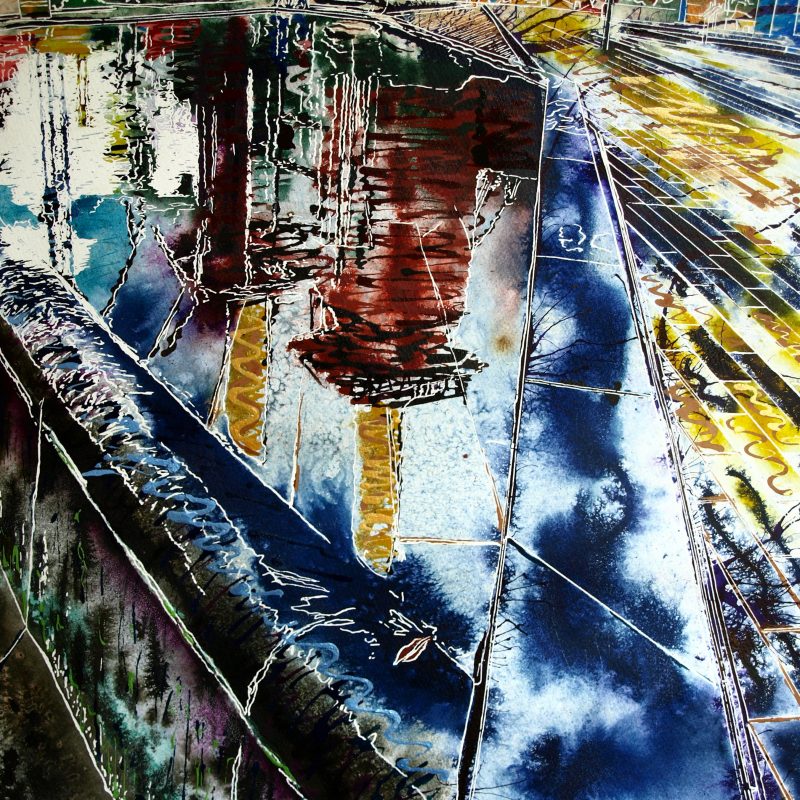 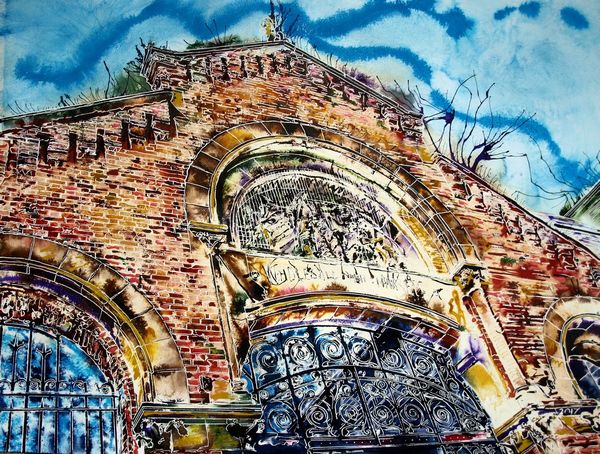 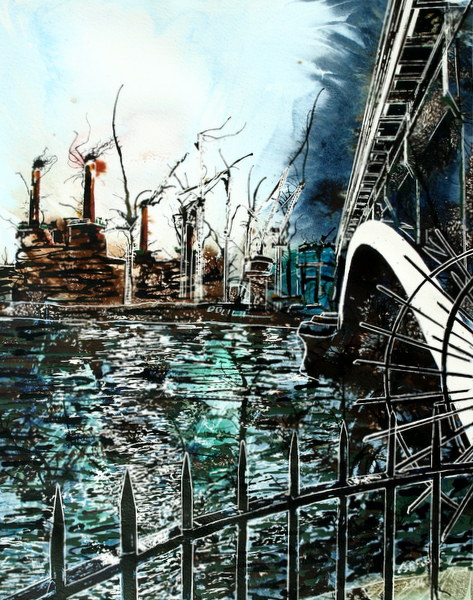 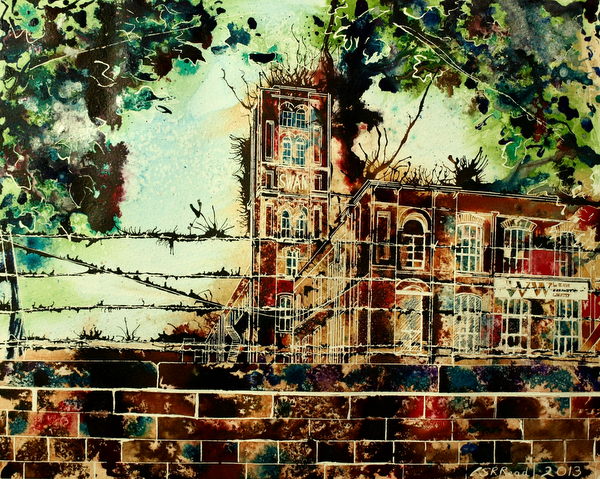 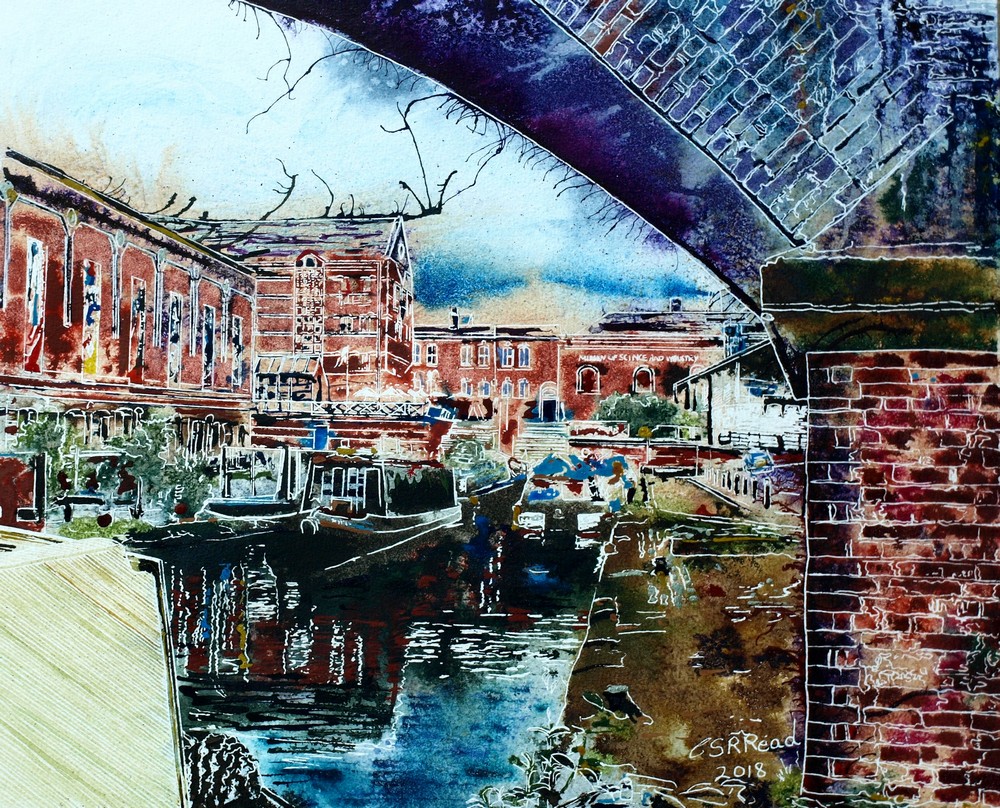 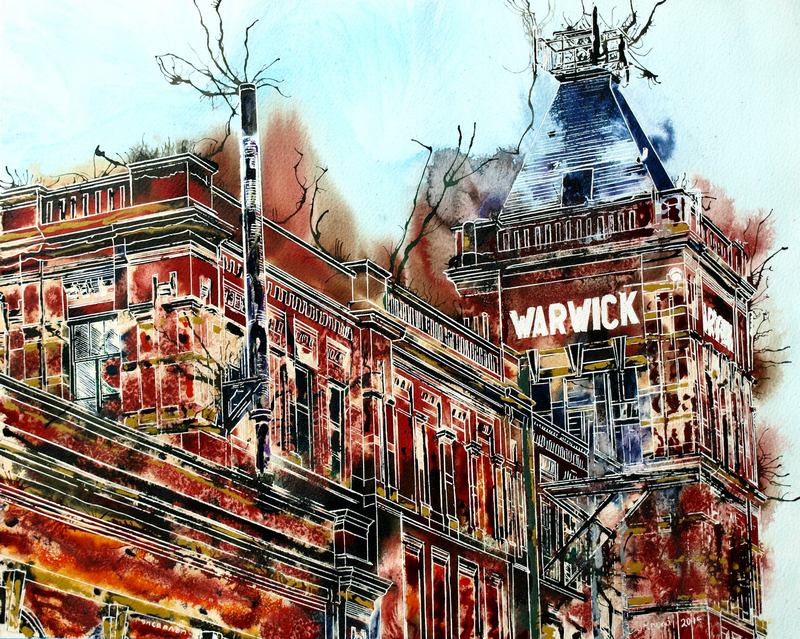 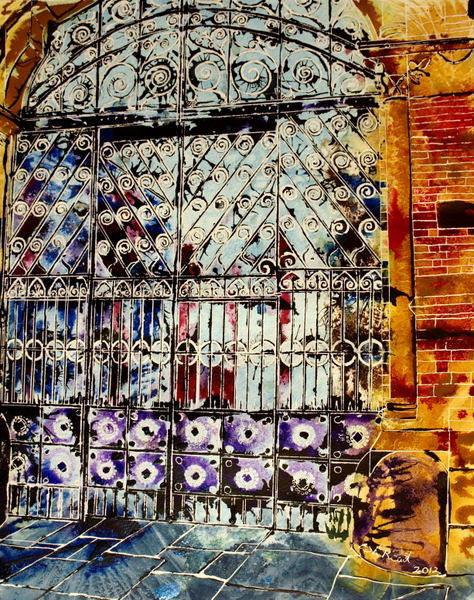 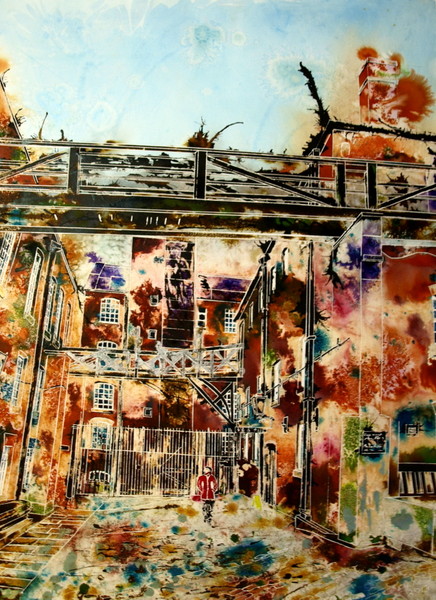 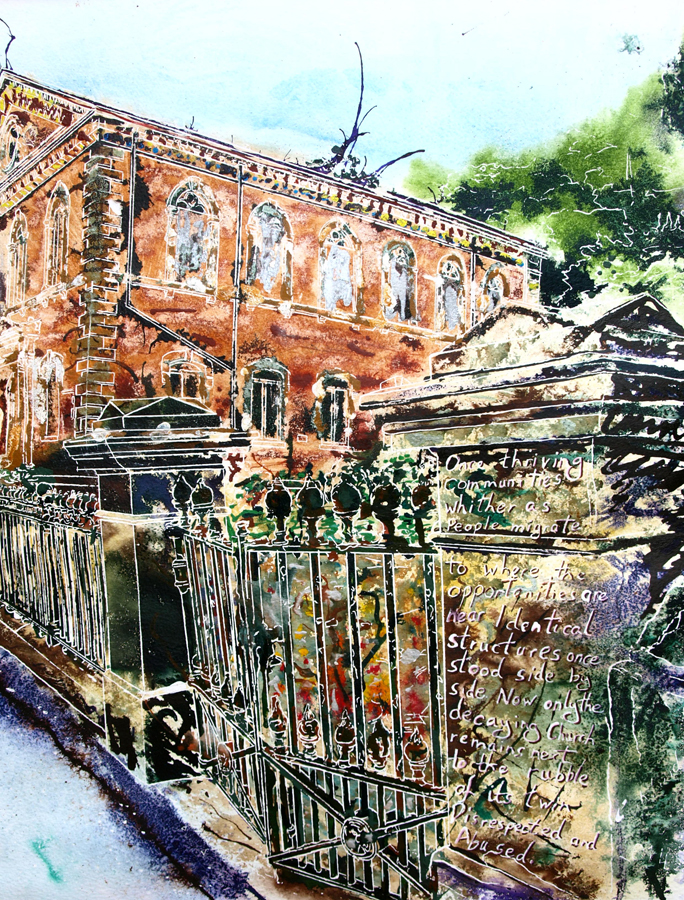 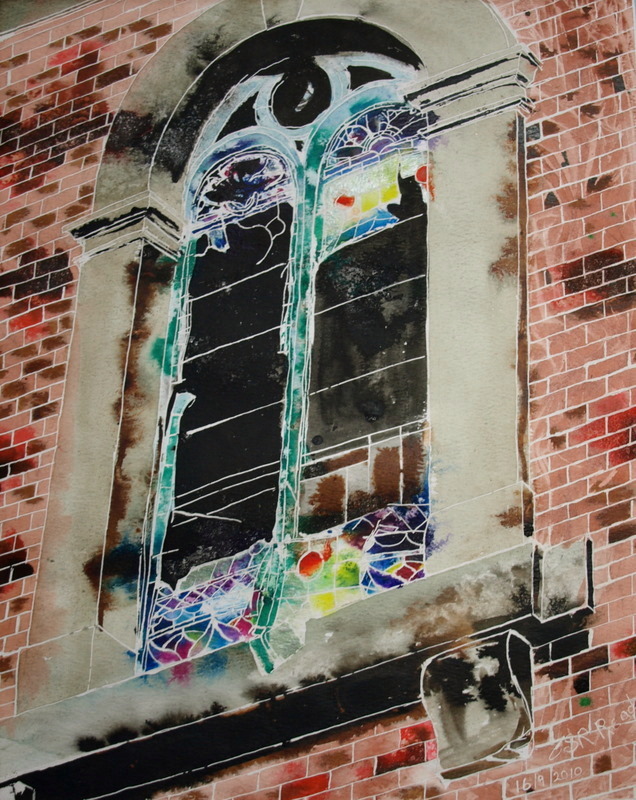 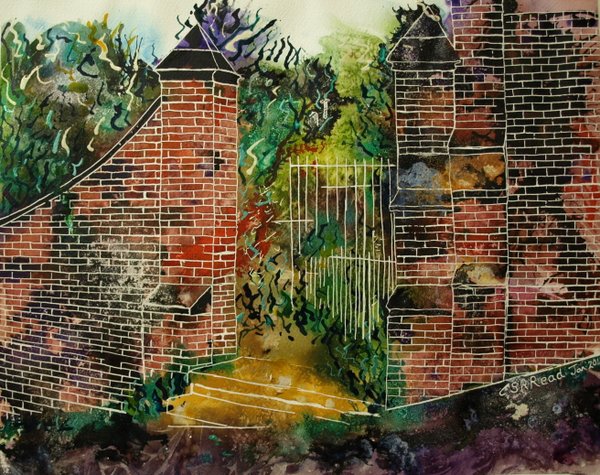 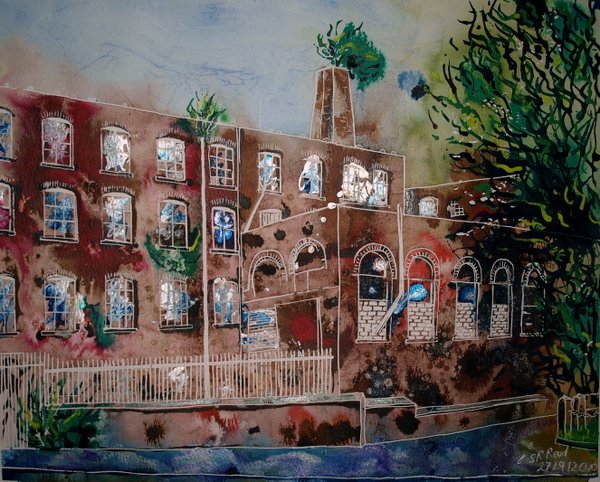 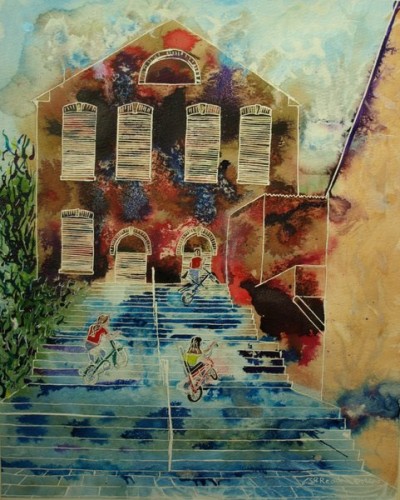 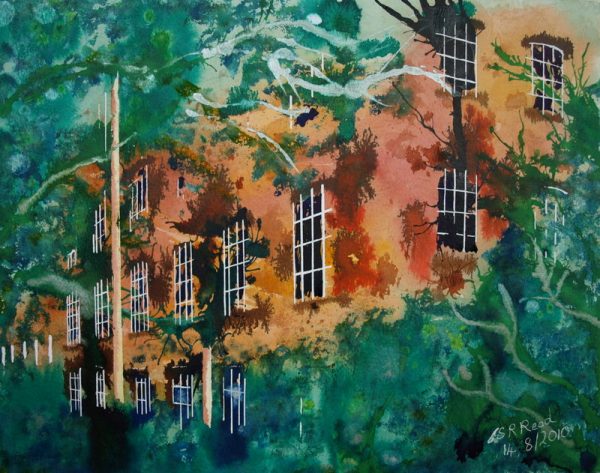 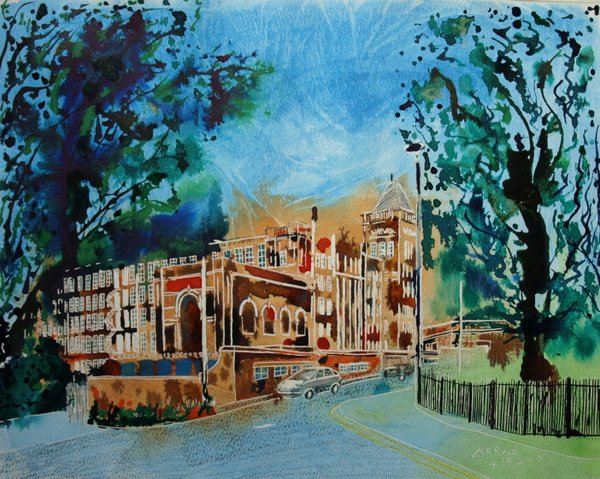 These Industrial Landscape paintings reflect buildings which are past their prime some are in London but most are in Manchester and Middleton. Some of them have been demolished and exist only in memory. Like the Times Mill which dominated my childhood walks to school.

Industrial landscapes are harsh and unforgiving but there is a raw kind of beauty about them. Looming over me as a small child the mill buildings were terrifying, permanent structures. Particularly the chimneys which I was convinced were falling over even though they never did.

I love the uniformity and repetitious nature or their construction along with their individual characteristics and unnecessary details, often hidden and usually covered in soot. Manchester is a much cleaner place now with much of the soot removed.

the history of the cotton industry is full of tales of hardship with unspeakable working conditions. I often wonder what stories these buildings could tell if they had a voice?

All attempts by man to control nature are pitted against the inevitable way she reclaims what was hers in the end. There is a sense of futility but also a celebration of the magnificence of both.

Continued neglect and the demolition of so many mills has resulted in massive change to the surrounding area. A constant source of interest as I still visit family there.

It is an unsettling feeling, being lost in an area which was once so familiar.

Of losing touch with one’s roots.

A natural consequence of aging I’m sure. But also of moving away. My feelings are ambiguous, a sense of sorrow at their passing, but also a delight in the exciting new constructions brought in to replace them.

I depict how these structures dominated a landscape. To celebrate their innate beauty. To reflect on the lives affected and the passing of an era.