This painting emerged from a moment of inspiration.

I had a meeting in December with Artzu Gallery in Manchester. I took my camera with the intention of getting some new reference images. I didn’t have to go far.
The gallery was in part of the old Granada TV studios where they used to film Coronation Street. They still do but in their new studios in Salford. The old set is open to tourists and, whilst I’m not a fan, I was curious and walked in that direction.
After leaving the gallery I turned the corner down a dark alley, I say dark but it was the buildings that were dark. The sun was shining brightly and illuminated a silver bike in such a way that it glowed. 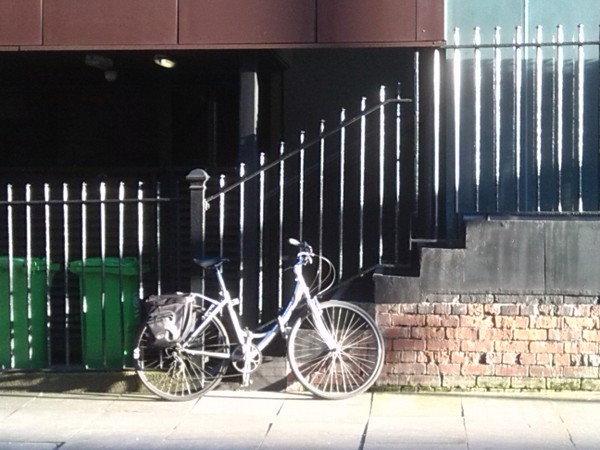 Here it is as a work in progress. 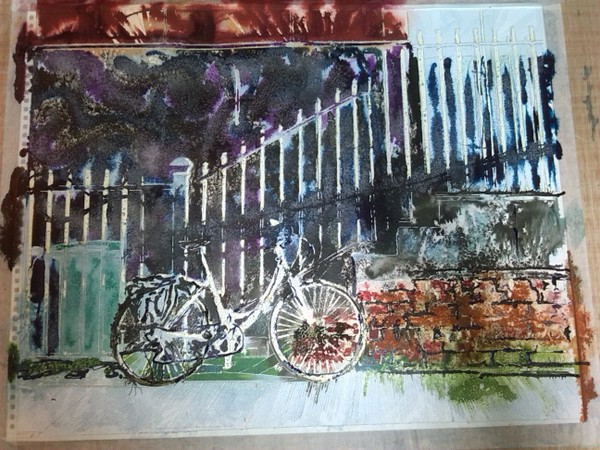 I was intrigued by the shape of the steps and railings…

and the ordinariness of the object and position made etherial by light.

I can never tell with a painting how it will actually look until the moment I remove the masking. So I’m particulalry pleased with how the brickwork and the rear wheel/saddlebag came out.

Because there’s a song by Nazareth called My White Bicycle and it was going trhough my head the whole time I was painting it.

This painting is now sold but prints are available.

2 thoughts on “White Bicycle – The story behind the painting”