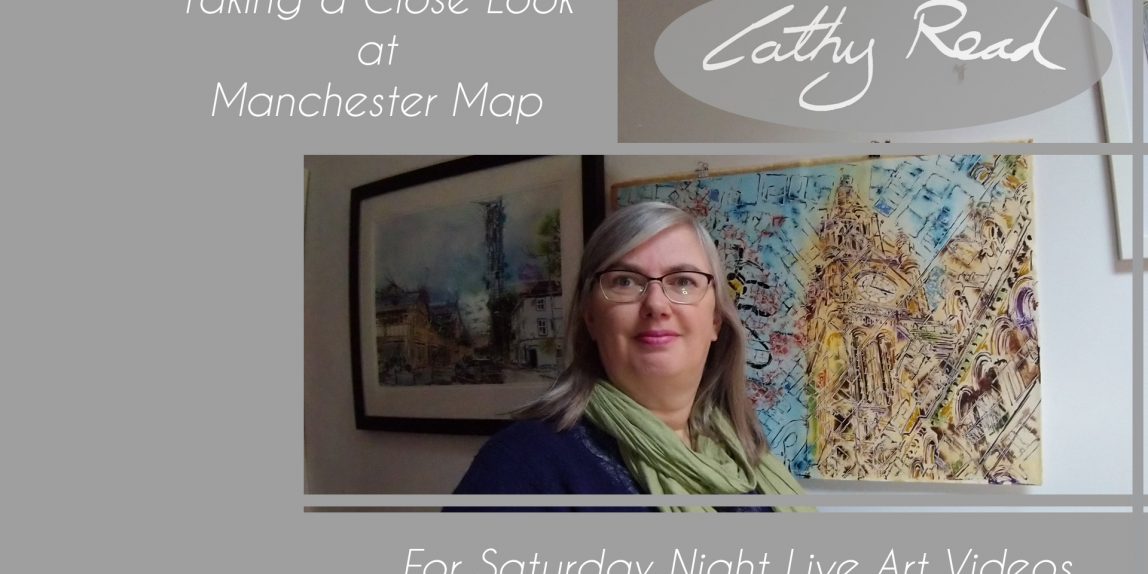 Painting Manchester Maps I had to include a bee, a symbol associated with Manchester for years which took on added significance in 2017 following the Arena Bombing. They’ve crept into my work, never more consciously so than in this painting.

This weeks for Saturday Night Live Art Shows I’m sharing a recent painting that I’ve been planning to do for years. Since 2016, in fact, when I created this painting called London Maps. From that moment on, I knew I had to create a Manchester equvalent.

It took me a while to decide what to include and gather the necessary visual elements and to decide which ones to use and create the composition. I’d decided on the Town Hall as the first element, the issue there was which angle to use. Next up was finding an old map that I could scale up enough. The bee rapidly became the final element following the increasing use of it as a symbol of defiance in 2017, and I knew it had to be one from the Town Hall, getting hold of an image was a challenge as they closed the Great Hall for Refurbishment. Fortunately, I have friends…

So I was able to set to work and the painting was born and it’s time to share it for this weeks artist talk for Saturday Night Live Art Shows.

Here’s the static image of the painting Manchester Maps, so you can have a closer look at it.